How Stuart Lujan Became the CEO of Beefree Media

Stuart Lujan is the CEO of Beefree Media. But he didn’t just come into the scene one day. In fact, Stuart has been working in graphic design and offset printing since he was twelve years old! Now, just a few years later (wink wink), Stuart is the CEO of a small business with big dreams.

After high school, he worked for printing companies and design studios. He was constantly gaining experience in the field and improving his design capabilities.

At 25, Stuart began working as a bartender at one of the biggest clubs in the United States, Club Space. The club was known worldwide and drew massive crowds from all over. He says that the experience he got there helped him tremendously. He got to know and work with a lot of people who often became club owners, club promoters or business owners in Miami.

At 31, Stuart was brokering offset printing and offering graphic design services out of his living room. He had computers, boxes of printing materials and samples in his home office. He met a woman during this time who is still a close friend of his today. She influenced a lot of the decisions he made and offered him work and business advice. One day she asked him if he knew how to print large format banners. He didn’t–but he said yes and that’s when he started offering large print formatting. He offered offset printing, graphic design, and large format printing out of his home as a side gig for about four years before he quit his day job and took on printing and design full time.

A few years later he rented an office with three of his friends. They worked together for about a year until another friend asked him to join on a project for the famous late DJ Avicii. When the project was over, he stayed on with his friend and his two partners at their company, Freebee. He had printing and design experience and they specialized in transportation.

In 2014, Freebee was split into two sections– one for the transportation and one for printing and design. That was how the name Beefree Media came into existence.

In 2015, with just one printing machine and one employee, Stuart officially became the CEO of the company.

Fast forward to the end of 2019, and there are ten employees and nine machines. Beefree’s sales have also grown 350%, but Stuart has no intention of slowing down. He plans to continue growing the company and being the guy that helps people jump start their careers. 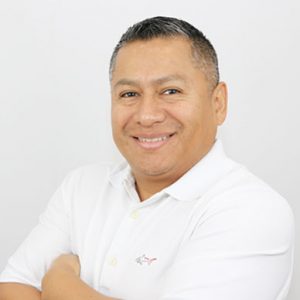